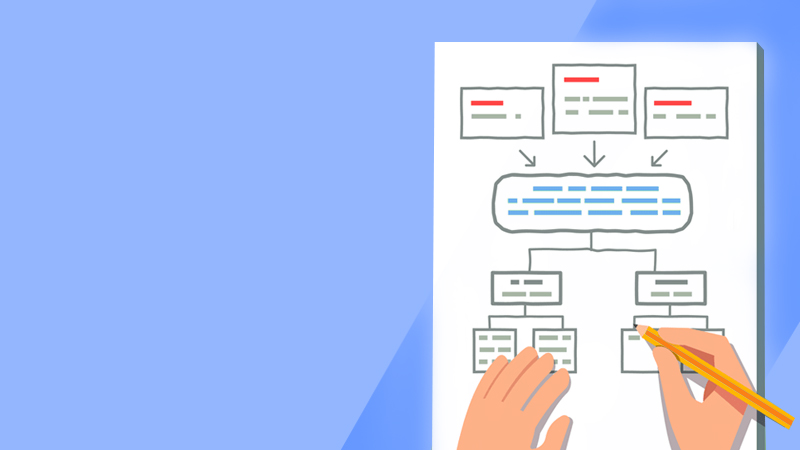 Getting higher marks is no walk in the park as far as creating argumentative essays is concerned.  It necessitates deeper thinking and a broader understanding of the subject. If you are given an argumentative essay to write, check out the tips. 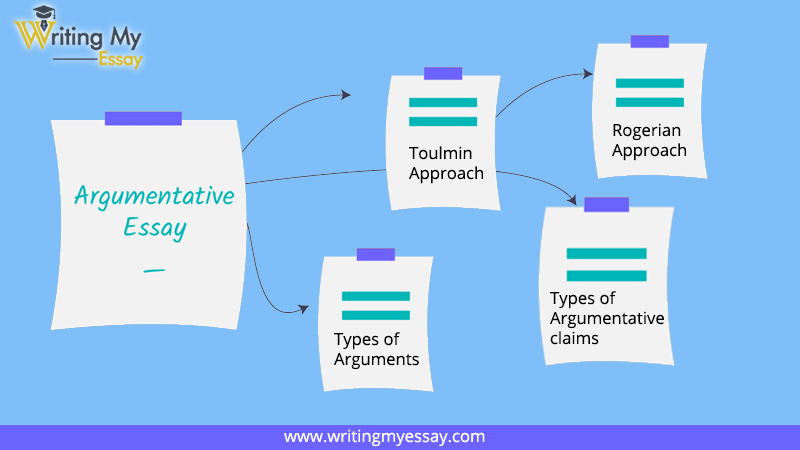 What is an argumentative essay?

An argumentative essay utilizes facts and reasoning to persuade the reader of a particular point of view. Argumentative essays depend primarily on factual facts, citing other research and sources to support their case.

Exploring Areas To Write About:

Argument essay topics are available here. You can check the headlines of a newspaper, or just listen to a conversation at Starbucks. You will get a chance to persuade another person to believe in their claims.

Still, wondering? And can’t come up with an idea? You can check the full list of argumentative essays to get the best ideas. Writingmyessay.com will help you with that.

Let’s do a deeper analysis of Argument Essays:

How to develop argumentative essay topics?

A robust position and a variety of proof are two essential components of a successful argumentative essay. So, to come up with a subject, consider issues that you are passionate about, in all possible circumstance.

You may create a list of thoughts, limit them down to a small number, and elaborate on those concepts with a few possible topics to discuss.

Writing an argument can be typical and a cumbersome process.

If you have the option of choosing your own subject for an argumentative essay, always go with your hobbies or enthusiasm.  You can begin by considering topics that impact you daily or on a topic about which you have deeper opinions?. It’s an excellent starting point. However, the majority of people’s views are not supported by substantial facts.

So, after you believe you’ve reduced down a subject or area of interest, start researching and define your position

How to write a Thesis Statement?

To write a thesis statement, find out relevant sources and resources (articles, papers, publications, blogs, documentaries). Get hold of reputable sources and industry professionals should be included in your study. When doing research, take note of the following:

The strong viewpoint is the stance held in the argument. There are three kinds of claims:

In an argument, the viewpoint taken should be supported by evidence. A speaker or writer must make a particular point and maintain consistency with that viewpoint during their argument.

According to various research human influence has an impact on climate change. Increasing human and other activities have been shown to have huge negative impacts on the environment. This includes the extinction of species due to environmental damage. Also, the spread of malicious illnesses to populations living near certain areas.

You can acknowledge the opposite view may be correct:

It’s impossible to say what’s driving such dramatic temperature changes now. Additional studies would aid to understand whether human activity creates an undesired effect. There is no concrete proof for all these claims.

When do you write an argumentative essay?

You feel the need to write an argumentative essay in high school or in a composition class. It often asks you to argue for one position and include terms like “argue” or argument,”. And it usually takes the shape of a question.

Has the growing usage of the internet had a positive or negative impact on education? Support your argument with evidence. The prompt may also be more open-ended in possible arguments you could make.

What is the greatest challenge younger generation people face today?

Argumentative writing at the college level. At university, the vast majority of essays or papers you write will comprise some form of argumentation. For example, both rhetorical analysis and literary analysis essays involve making arguments about texts.

In this context, you don’t necessarily write an argumentative essay—but making an evidence-based argument is an essential goal of most academic writing, and this should be your default approach unless you’re told otherwise.

At a university level, all the prompts below imply an argumentative essay as the appropriate response.

The research will develop a specific position on the topic. The essay argues for a better position and aims to convince the reader by presenting your evidence, evaluation, and analysis. Discuss the effects of globalization on the economy of Nigeria. Don’t list all the effects you can think of.

Develop a focused argument about the overall effect and why it matters, backed up by evidence from sources?

Assess the effectiveness of workplace anti-discrimination measures in the last decade. Don’t provide a selection of data on the measures’ effectiveness. Always build up your argument about the kind of measures that have been most or least effective, and why? Analyze the role of the doppelgänger in 19th-century Gothic fiction. Don’t analyze a random selection of doppelgänger characters.

Do form an argument about specific texts, comparing and contrasting how they express their thematic concerns through doppelgänger characters. Approach toward argumentative essays

An argumentative essay should be objective in its approach; your arguments should be based on logic & evidence, not on exaggeration or appeals to emotion.

There are possible approaches to argumentative essays, but these two common models help start outlining your arguments: The Toulmin model and the Rogerian model.

The Toulmin model consists of four steps, which may be repeated as many times as necessary for the argument:

Provide the (evidence) for the claim

Explain the warrant (how the grounds support the claim)

Discuss possible rebuttals to the claim, identify limits of the argument and show that you have considered alternative perspectives

The Toulmin model is a common approach in academic essays. You don’t have to use these specific terms (grounds, warrants, rebuttals), but establishing a clear connection between your claims and the evidence is substantial for writing an argumentative essay.

Say you’re making an argument about the effectiveness of workplace anti-discrimination measures.

Claim that unconscious bias training does not leave the desired results, and resources would be better spent on other approaches

Cite data to support your claim

Explain how the data indicates that the method is ineffective

Anticipate objections to your claim based on other data, indicating whether these objections are valid, and if not, why not.

The Classical method is the most frequent. The following layout is used in this method:

The Toulmin Method for writing an argumentative essay

Toulmin approach: This approach aims to identify areas of agreement in a debate and remove irrelevant points. Suppose the subject was, “should drugs be legal?”. The Toulmin method would look at the most important factors on both sides of the debate.

On the positive side, legalizing marijuana removes some of the most harmful drug-related

behaviours and reduces drug cartel control. On the negative side, it’s possible that legalizing marijuana will lead to a rise in marijuana usage. Also, it would cause an inability to enforce consequences for  reckless use and misuse. These two views must have an argument that acknowledges both sides’ merit.

This method does not have a set structure that must be adhered to. When it comes to delivering information, it’s more of a strategy. The author understands and sympathizes with both sides of the debate in the Rogerian method. But, the author would prefer one. The author might say about climate change as follows:

“This study will help to pinpoint the reason. It would give us an opportunity to change ourselves. It will provide an opportunity to implement technology to adjust to the earth’s natural cycles”, according to the Rogerian approach.

This approach goes to the root of the issue: global warming. It is more interested in finding the balance between the opposite aspects to reach a conclusion.

A child’s custody should keep children in their birth families unless there are extraordinary cases.

Historical information about the topic. Preliminary research on children in foster settings. Also, the long-term consequences of separation from their families may provide context for this topic.

Major arguments – Spend some time expanding on the main points. Topic arguments may include the feeling of estrangement that children experience when placed in adoptive families at a later age. Additionally, it may include the risk of experiencing even greater abuse or neglect via the care system.

Refutation – The contrary viewpoint should be given quickly and then rejected as untrue.

For example, some people think that government involvement in children’s lives is always good. However, there is strong evidence that removing children from their homes causes problems. However, on the contrary, there is no proof of ongoing violence or ignorance. Furthermore, placing them in government foster care does more long-term harm? This can be compared with the children in their homes.

Conclusion – The conclusion may include a review of the major points. It include recommendations for future research or investigations.

Suggestions for developing an argumentative essay

How to start an argumentative essay?

Make sure your subject is neither too wide nor too narrow.

Your argument should be debatable. It should not, nevertheless, be widely regarded as true. Instead, it should be a claim that people may argue with. It’s important to remember that a thesis includes both a judgment and a personal view.

Write my essay with a particular audience in mind, the people who are going to read your blog. Are they a distinct group—uninterested bystanders, opponents of your viewpoint, etc.?

Strong essays include facts. The key elements should back up your assertion or thesis. Back your arguments with sufficient facts verify your reasoning and make your case more effective.

Make sure your proof is appropriately documented. If you’re going to use proof. Ensure you present it correctly and explain —why it’s important?t. Don’t expect your data to testify itself. Clarify why every type of proof is important, including— how it fits in and supports your argument?. Incorporate proof into your writing, and utilize it to substantiate your arguments in a smart way.

You should compose your argumentative essay many times, as you would any other piece of writing. Make sure you include the following in your drafts and revisions:

Make changes to your draft.

Remove your writer’s hat and replace it with the subject’s hat after developing the essay. Examine your essay attentively and thoroughly. Reassess your proposal cautiously depending on your evaluation and take feedback from your peers.

After going through this guide, you’d have learned how to create an argumentative essay and consider various factors. Select an argumentative subject that fascinates you. Your argument in the essay must be debatable. Your essay should keep a particular audience in consideration.

See to it that your essay is factually authentic and explains its importance. Examine your essay attentively and thoroughly. Rewrite your essay based on the feedback from your peers.